So you’ve decided you want to date a vampire.

Do long walks on the beach and candlelit dinners get your motor running?

Well then you’ve stalled before you ever got going.

So it’s a good thing you’re reading this first.

Because in spite of the eternal damnation promised to you by the religious sect and the fact your family will disown you, you won’t be dating a vampire.

You’ll be banging one.

Only in very rare instances will the sunlight-sensitive agree to be in an exclusive relationship and actually mean it. In fact, hearing the word monogamy has a greater chance of them calling dibs on the race car and planning their hotel empire on top of Boardwalk and Park Place faster than a sparkly emo vamp who’s fifty shades of forked up runs away from a warm vagina.

But as long as you know what you’re signing yourself up for – which, let’s be real, is nothing more than making the beast with two backs – you and your vampire can have a very fulfilling relationship.

At least until they glamour you to go away.

Side-eye glaring at Eric slouching beside her on the dais, Sookie knew he was fucking with her.

In more ways than one.

All of his, “Sookie, I need you to read the customers at Fangtasia tonight. There have been recent reports of Fellowship activity,” was pure and utter bullshit.

She knew because she hadn’t picked up a single thought with the words ‘fanged devil’ all night long. Instead she’d been subjected to watching – and hearing – women trying to pick up Eric, all to his stoic faced glee.

That blood bond worked two ways, thank you very much.

For some reason he got off on feeling her jealousy. Not that she would ever admit to feeling jealous.

But that blood bond worked two ways, damn it all to hell.

Well, she’d had enough. No one in their right mind would dare to approach her while she was at his side, but she would show him that he wasn’t the only fish in the sea she could get onto her hook. But not wanting to put some unsuspecting guy’s life in danger – and, in all honesty, having no intention of following through because she loved the giant Viking, turd though he may be at the moment – she decided to get her flirt on the new fashioned way.

Normally Sookie wasn’t all that tech savvy. In fact, her level of technological expertise was on par with checking if something was plugged in if it wasn’t working. And normally, the same could be said about her brother. But if it had to do with getting another notch on his whittled down bed post, then all of his remaining brain cells could align with frightening accuracy.

He’d been at Merlotte’s just a few nights earlier, at the tail end of her double shift. She’d been tired and sporting a headache the size of Maxine Fortenberry’s big mouth, so her shields had been practically nonexistent. And since Jason was her brother, she could pick up his thoughts easily, no matter how much she tried not to.

At the time she’d been rolling both her literal and metaphorical eyes at him, hearing his thought process as he downloaded the dating app onto his phone, but now she was grateful for it because she copied his actions easily with her own cell phone.

But because that damned blood bond was a two-way street, Eric could feel her mischievous intentions and he tilted his head in her direction as he questioned, “What are you up to?”

Trying to keep her horrified emotions in check at the rapid fire amount of dick pics that quickly filled her inbox, Sookie imagined a huge slab of Black Forest cake to simulate desire through their bond, and replied, “Same as you.”

At his questioning arched brow, she answered, “Basking in the attention of others.”

Snatching the phone out of her hands faster than she could track, Eric’s other eyebrow rose up to meet the first one, seeing more dicks than a 70’s era Lower Haight bath house in downtown San Francisco.

Wondering just how much trouble she was going to be in now – she was the only telepath in the room, so Eric would have no idea she’d just been messing around – Sookie was surprised – and confused – when Eric merely pocketed her cell phone and put his hand on her knee.

Before she could figure out whether his actions were sweet or more of that possessive ‘mine’ bullshit, he smirked at her and said, “Feel my sweater.”

Her traitorous hand complied before she could even make a decision to move because she’d been itching to feel that blue-green sweater of his all night long.

Thankfully, she was the only telepath in the room, so she silently rubbed the woven fibers between her fingertips, as he went on to ask, “Do you know what it’s made of?”

Knowing Pam did the majority of his shopping, she would’ve bet money on it being cashmere.

Or the downy hairs of newborn baby unicorns.

Something undoubtedly expensive and possibly appalling, either way.

So she was completely surprised when Eric teasingly leered at her and answered his own question with, “Boyfriend material.”

Laughing out loud at his cheesy pick up line, Sookie knew they’d drawn the attention of the entire bar, but seeing the mirth in his eyes, she couldn’t be bothered to care.

Instead she leaned towards him and volleyed back with, “That’s a nice shirt. Can I talk you out of it?”

“Can I tie your shoes?” he smiled in return. But there was something more serious behind his eyes when he added, “I can’t have you falling for someone else.”

Letting a bit of her insecurity peek through in their bond, she asked, “Do you have a name? Or can I call you mine?”

Since they were in the middle of the bar, Sookie knew that was as good as Eric shouting ‘I love you’ at the top of his lungs.

And because he was gracious enough to acknowledge the reasons behind the dick pics now on her phone, Sookie let go of any lingering anger she’d felt and said, “Is that a phone in your back pocket? Because I hear that ass calling me.”

Gracing her with a smile that finally reached his eyes, Eric said, “Kiss me if I’m wrong, but dinosaurs still exist, right?”

Sookie knew more pick-up lines than she cared to admit from working at a bar and the same could probably be said for Eric. So they could conceivably play this game all night long and she grinned with, “You must be an earring because you’re quite a stud”

Mimicking her pose, Eric leaned closer to Sookie and smoothly offered, “You know what you would really look beautiful in? My arms.”

“I would say, God bless you. But it looks like he already did,” she grinned over him being so sweet in front of everyone else.

Something Eric must have realized too because his expression wasn’t so much sweet as it was dirty when he said, “You remind me of my pinky toe. Cute, small, and I’ll probably bang you on my coffee table later.”

Ignoring the urge to jump on him from the image his words evoked, she only said, “I value my breath, so it would be nice if you didn’t take it away every time you walked by.”

Eric obviously had a few urges of his own, so he shot back with, “Baby, I’m no weatherman, but you can expect a few inches tonight.”

Well that was an understatement, but rather than say that Sookie pressed on with, “Is your name WiFi? Because I’m really feeling a connection.”

Knowing they had an audience, Sookie was trying to keep their banter out of the gutter, so she fought the urge to fan her flaming red cheeks and innocently said, “I’m not a photographer, but I can picture us together.”

Eric obviously felt the opposite because, audience or not, he enjoyed seeing the flush of her cheeks and only added to it when he said, “If I toss a coin, what are the chances of me getting head?”

Lust was zooming back and forth between their blessed blood bond, which Sookie would totally blame for her next breathily whispered line of, “Are you a whistle? Because I really want to blow you.”

Leaning forward until their lips were barely a hair’s breadth apart, Eric asked, “Can I borrow a kiss? I promise I’ll give it back.”

“Did you get those pants on sale?” she breathed out in reply. “Because they’re one hundred percent off at my place.”

An audible sigh of disappointment echoed throughout the bar at the rapid departure of their evening’s entertainment, but rather than let their profits flee with them, Pam shook her head and cleared her throat before stating to the crowd, “Are you a parking ticket? Because you’ve got FINE written all over you.”

After a brief pause, someone in the crowd picked up what she was putting down and called out, “You must be a keyboard because you’re just my type!”

“On a scale of one to America, how free are you tonight?” someone else yelled out, making Pam’s lips twitch upwards.

Not at the cheese-tastic pick-up lines now flying through the bar, but at the booze flowing right along with them.

My fanfiction stories are derivative and/or transformative not-for-profit works, based off of characters created by Charlaine Harris, from her Sookie Stackhouse Series. The characters' names (and sometimes their locations and backgrounds) are her babies.

But how I play with them here, in my rainbow colored world, are my own.

“In my world, everyone's a pony and they all eat rainbows and poop butterflies!” ― Dr. Seuss

And where Vikings come to yodel in their underwear 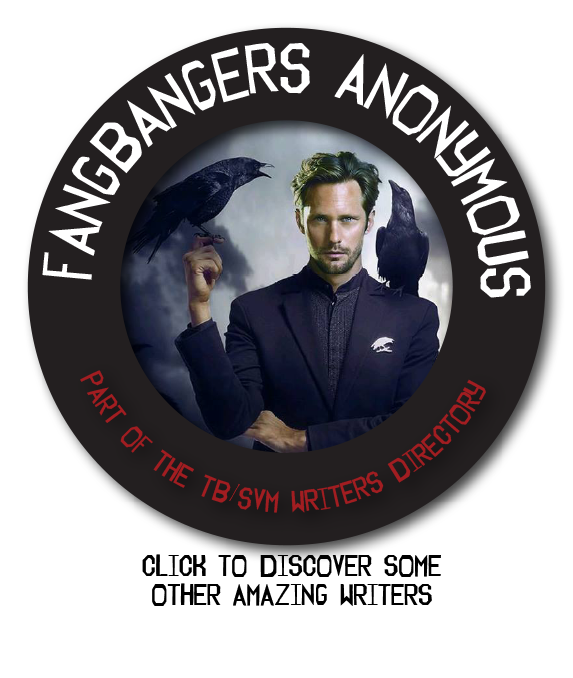 Hit me baby one more time... 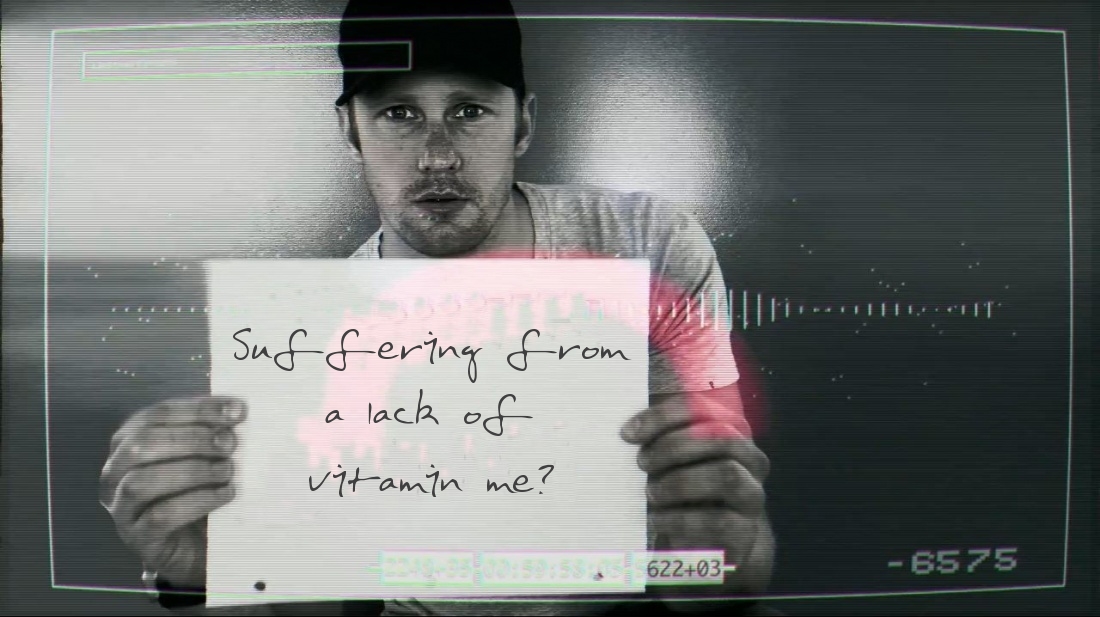 Chicks Way Cooler Than Me

Nonsense From My Flighty Muse

Come for the TB smut, stay for the AB Neg

Stories written by Makesmyheadspin & Scribeninja can be found here. Welcome!